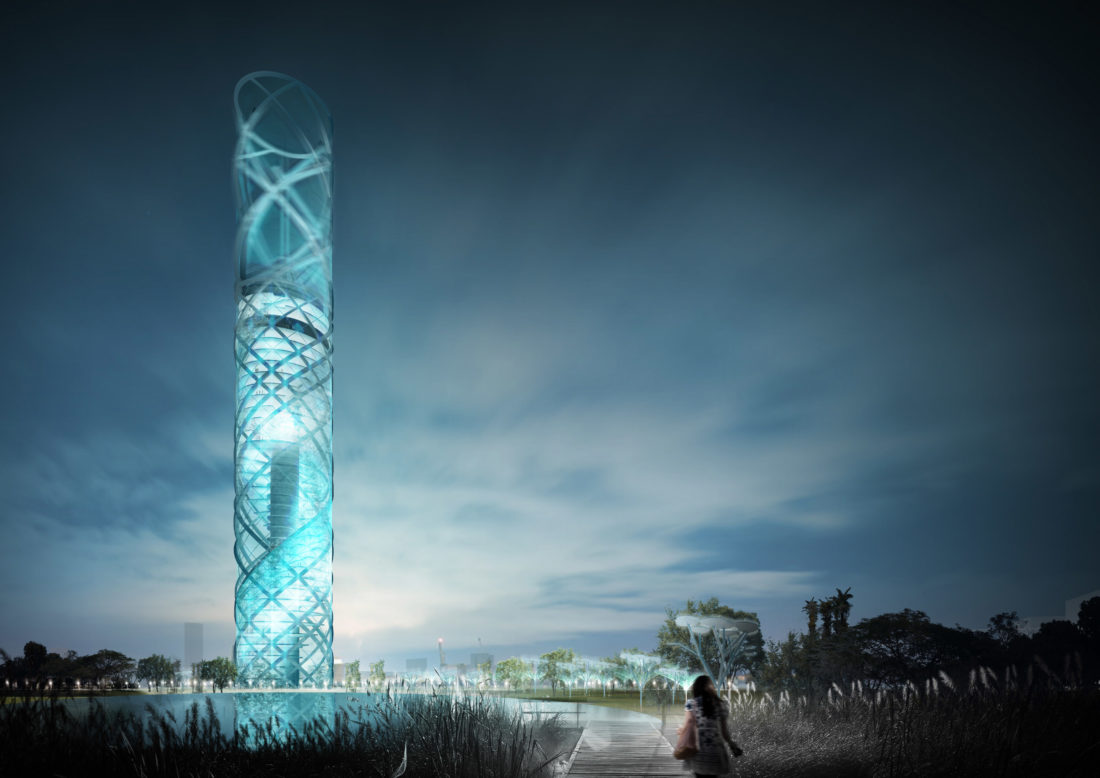 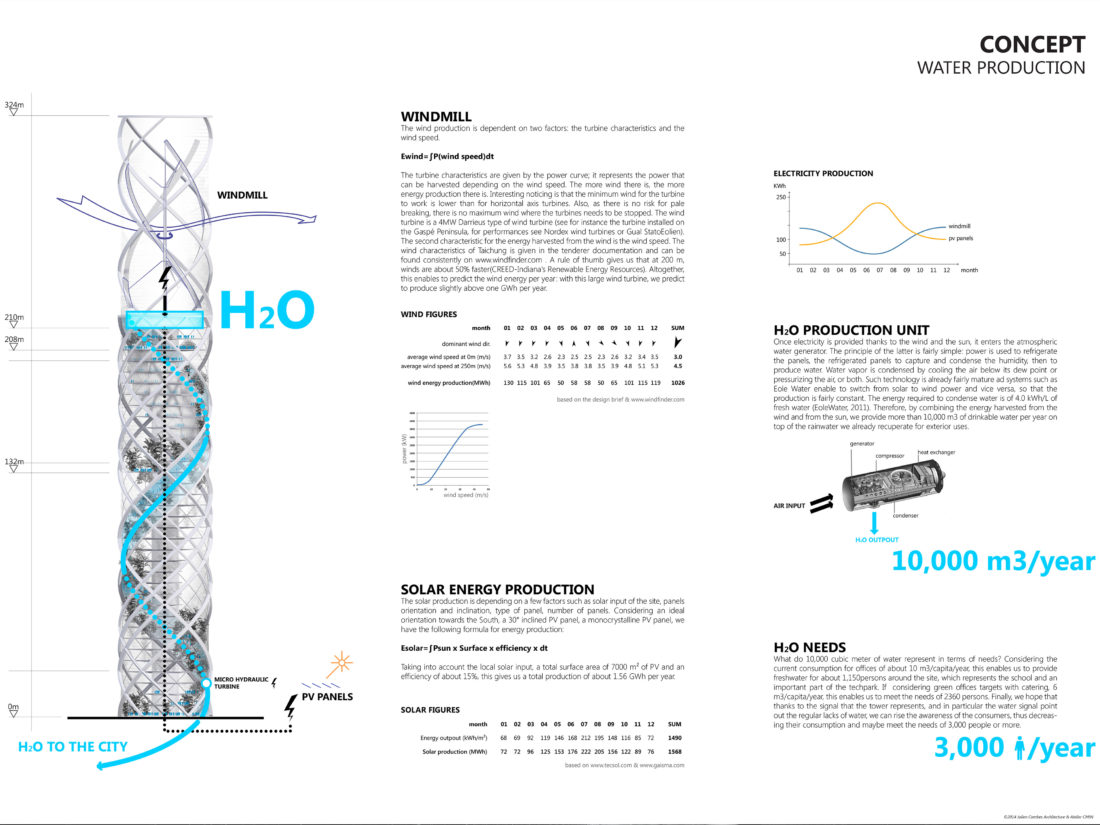 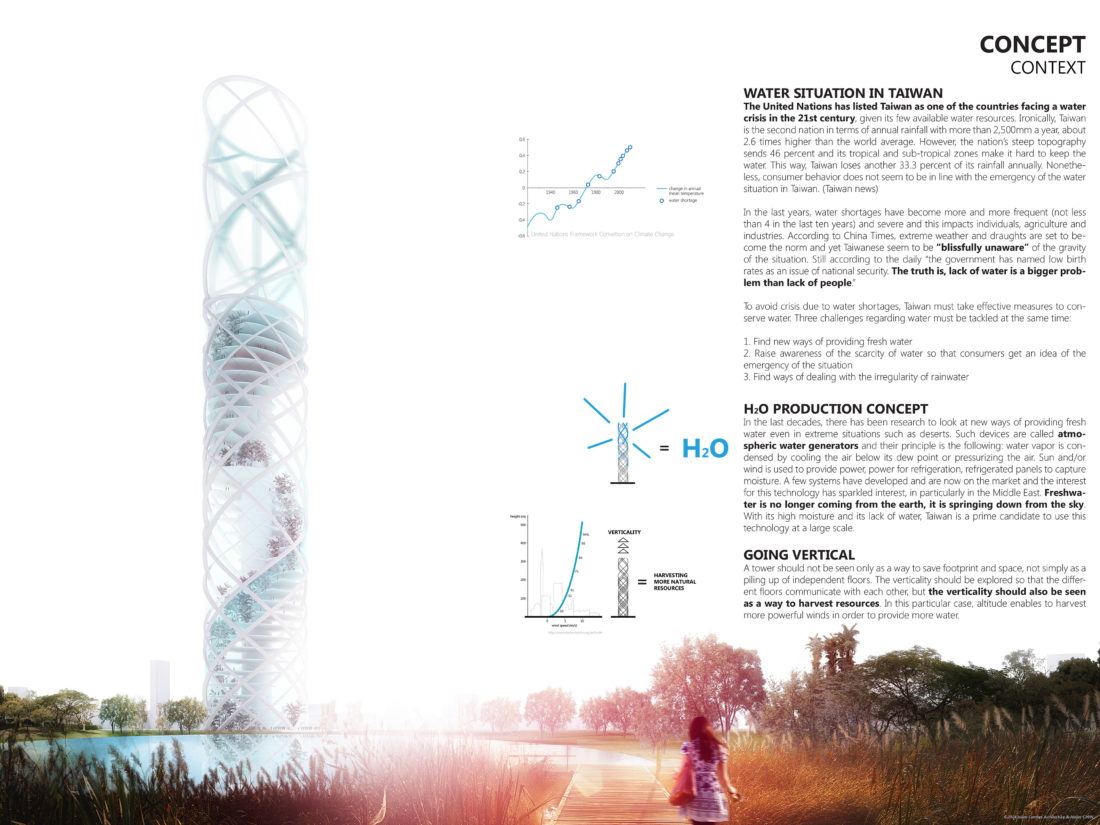 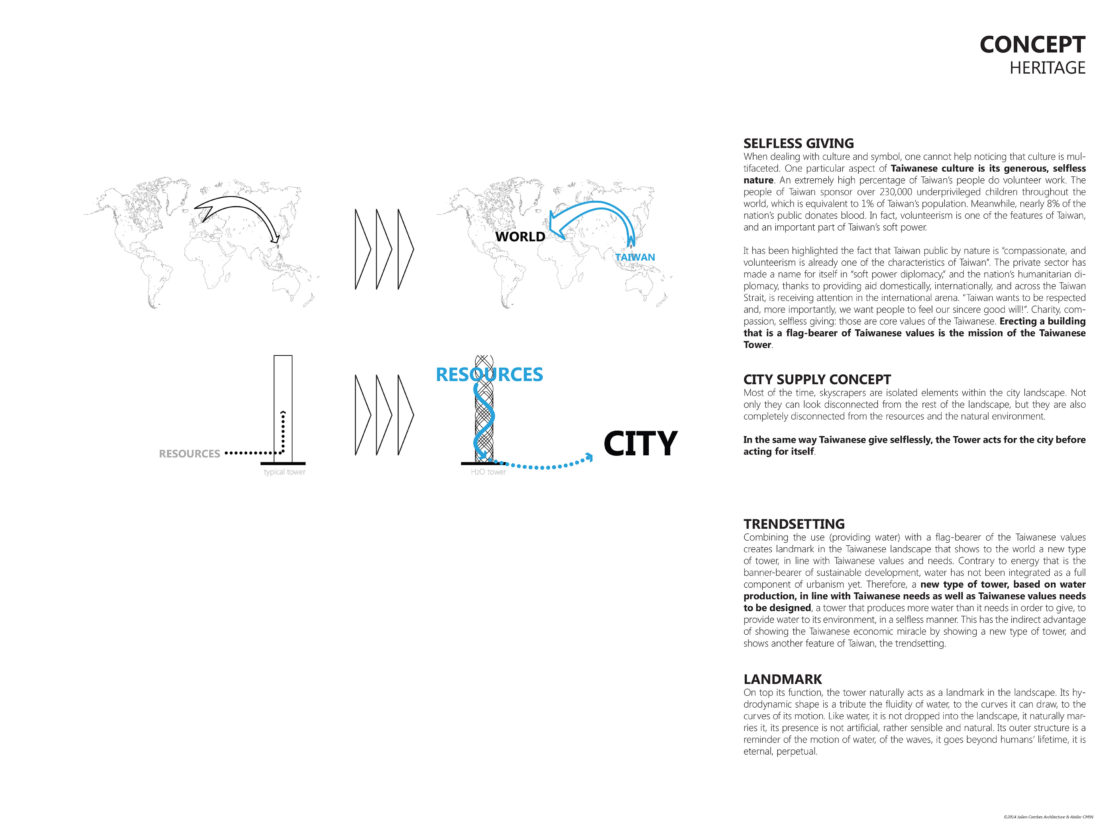 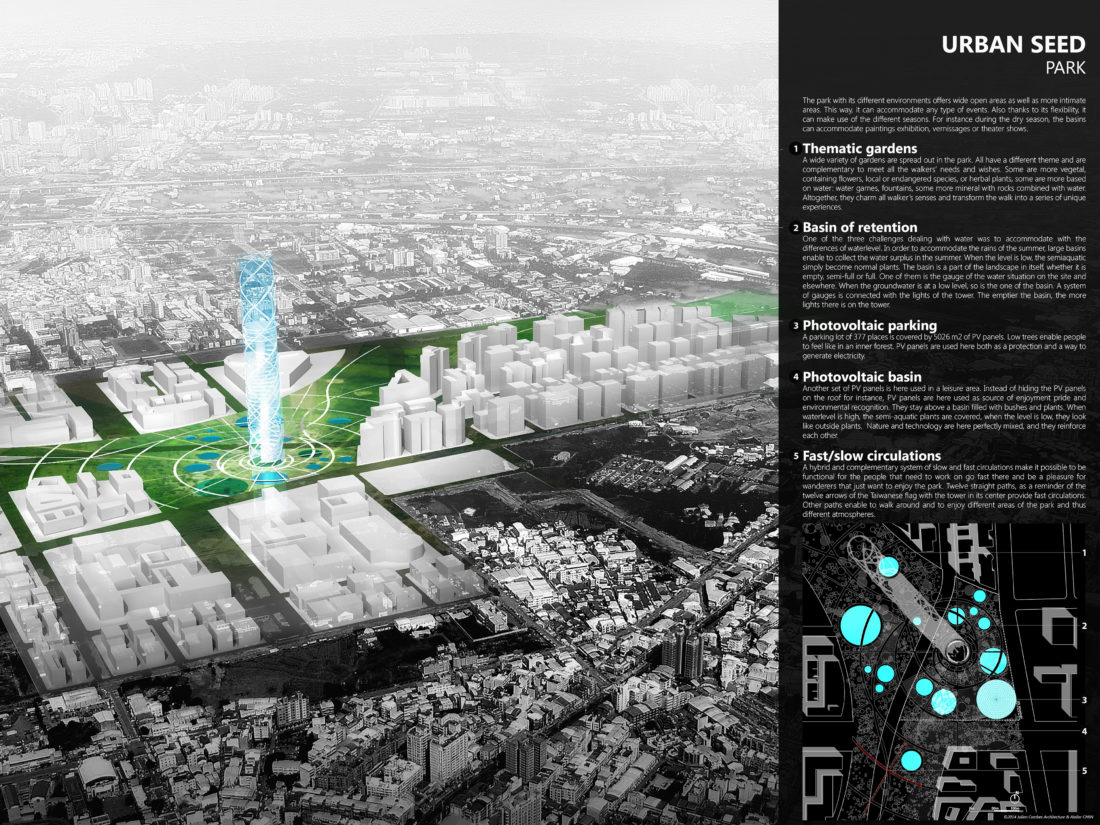 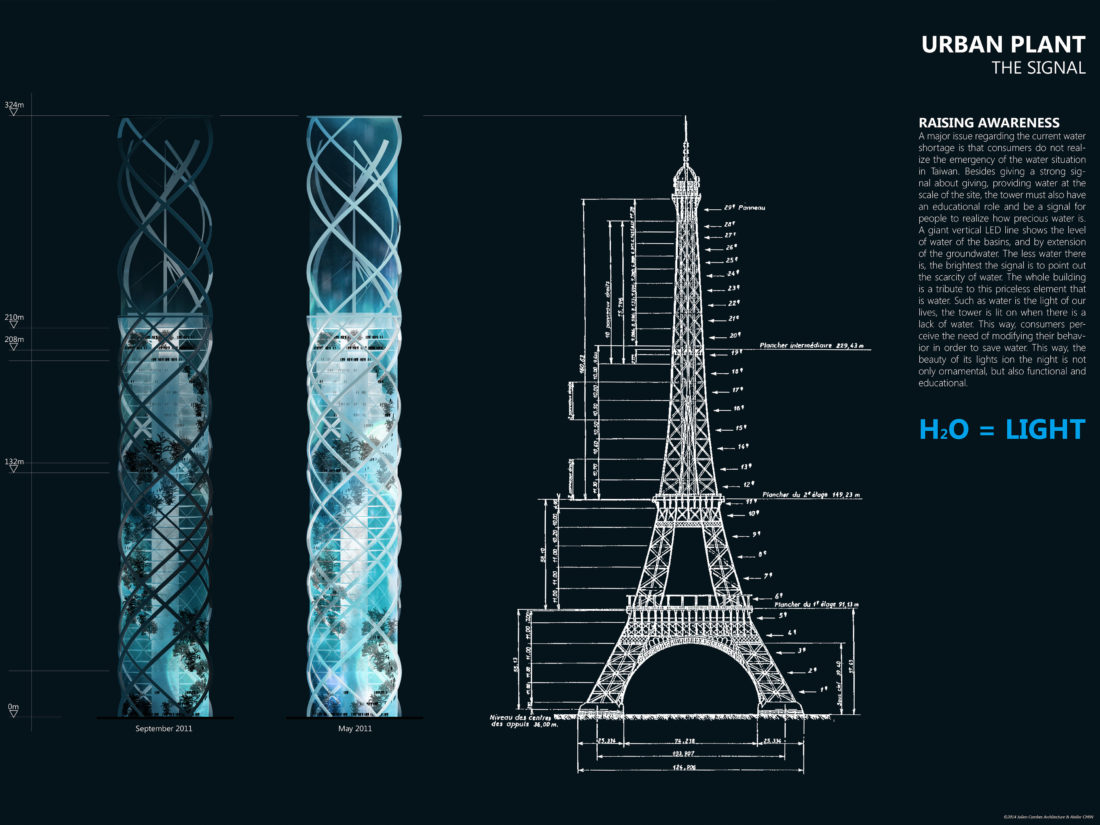 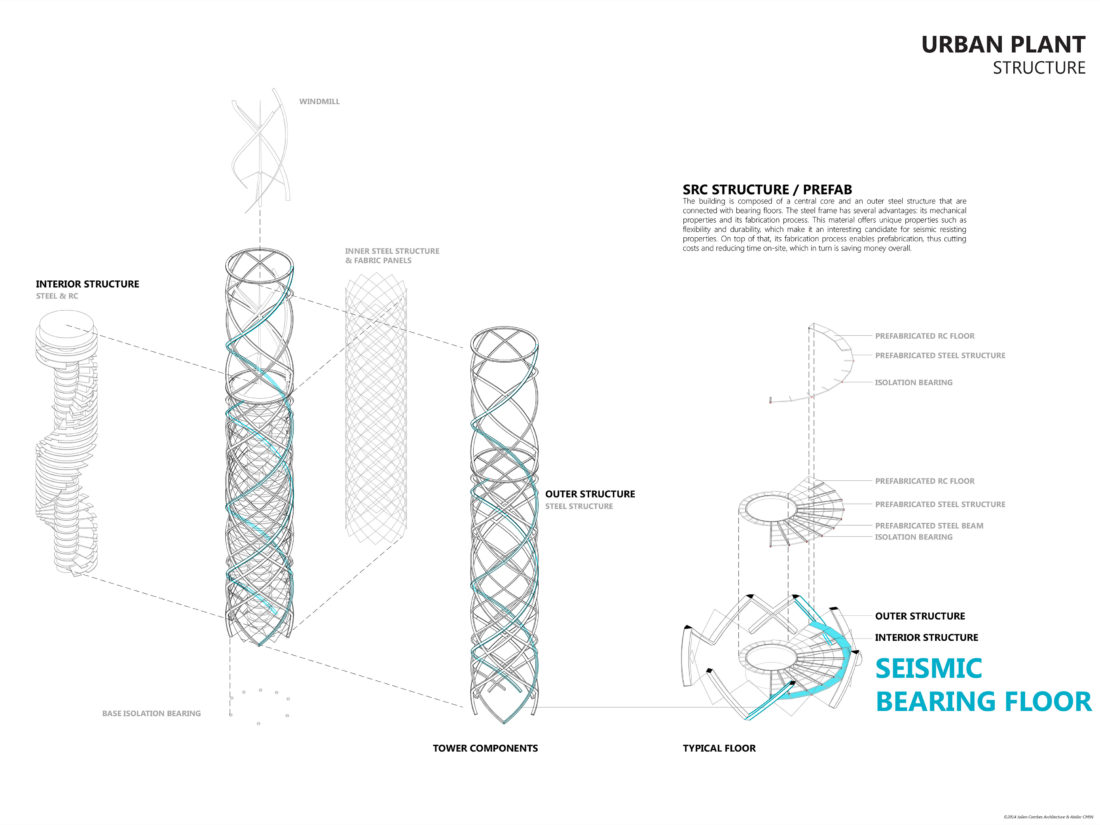 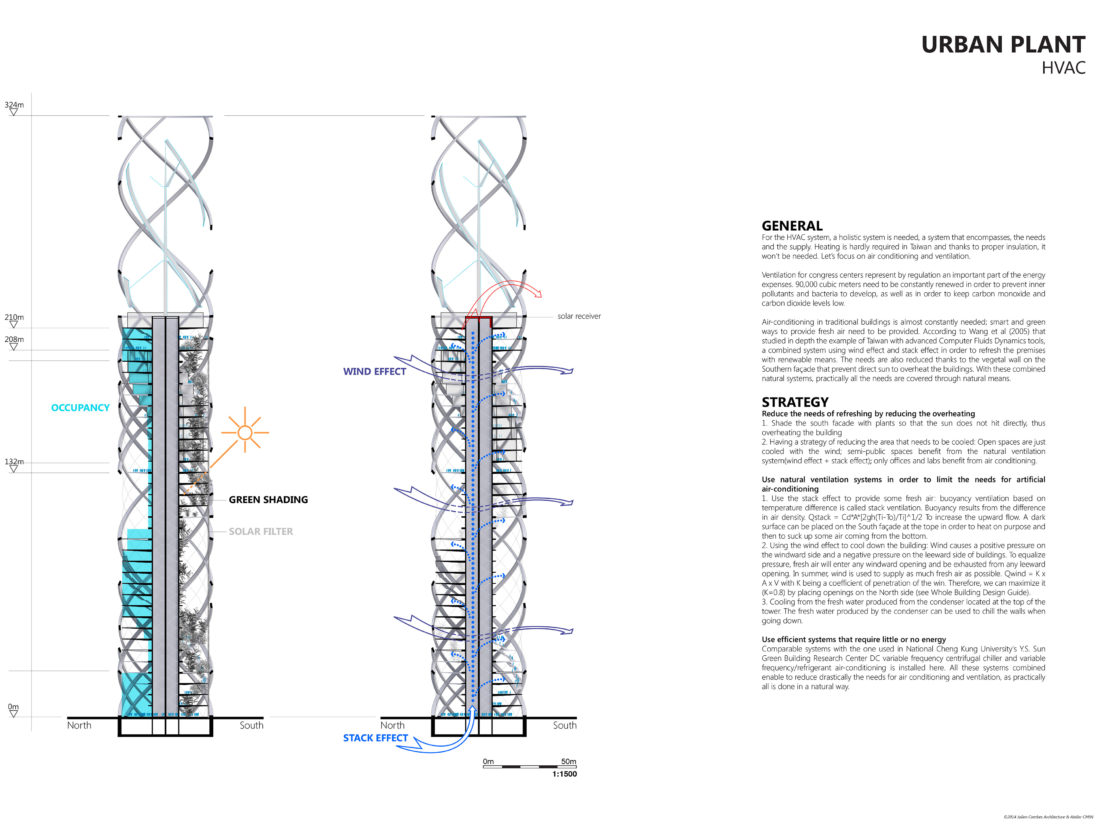 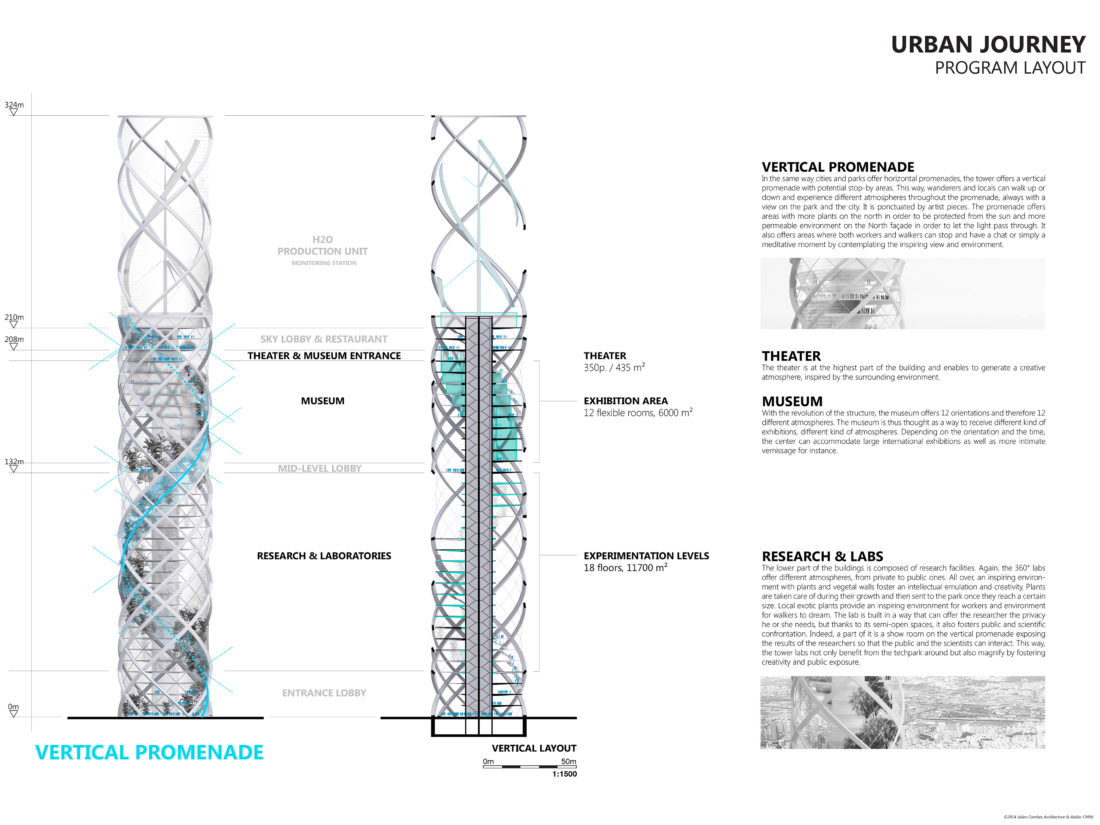 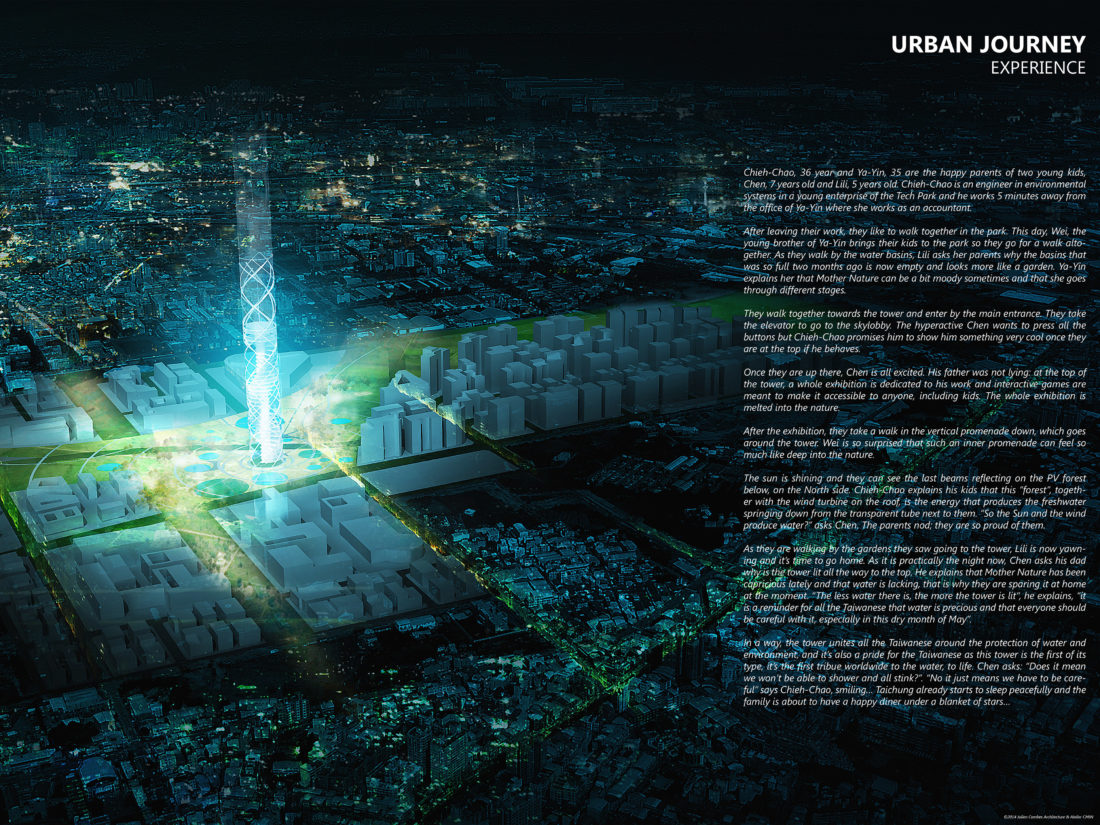 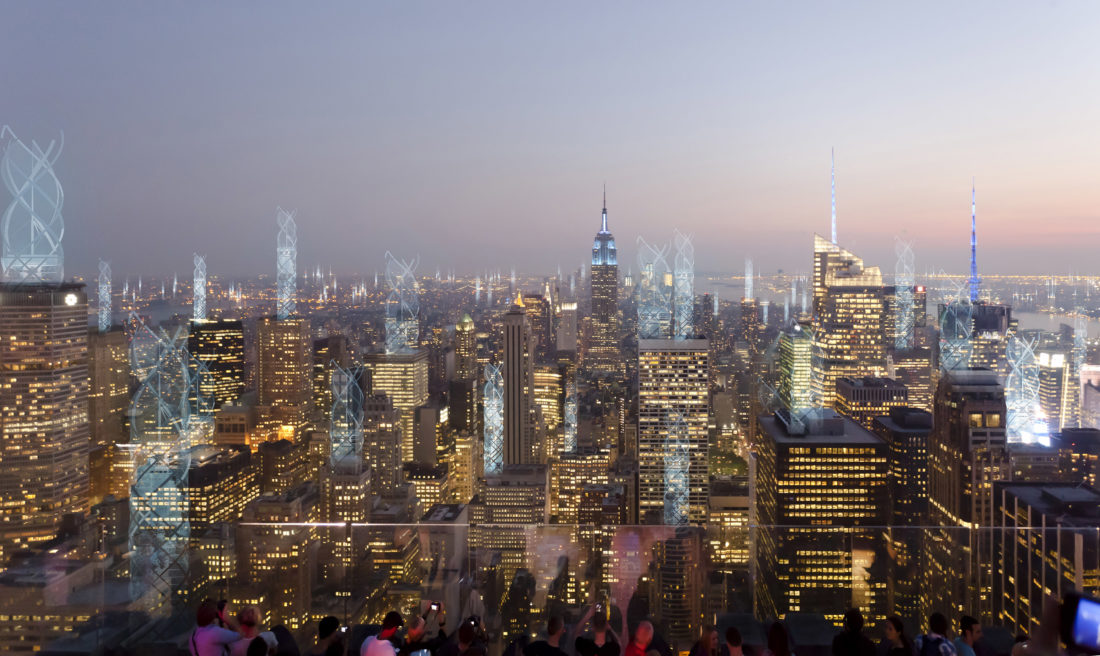 « Freshwater is no longer coming from the earth, it is springing down from the sky »

A tower should not be seen only as a way to save footprint and space, not simply as a piling up of independent floors. The verticality should be explored so that the different floors communicate with each other, but the verticality should also be seen as a way to harvest resources. In this particular case, altitude enables to harvest more powerful winds in order to provide more water.

In the last decades, there has been research to look at new ways of providing fresh water even in extreme situations such as deserts. Such devices are called atmospheric water generators and their principle is the following: water vapor is condensed by cooling the air below its dew point or pressurizing the air. Sun and wind are used to provide power. Freshwater is no longer coming from the earth; it is springing down from the sky. With its high moisture and its lack of water, Taiwan is a prime candidate to use this technology at a large scale.